This is is the 3-inch “Ordnance” rifle, muzzle #1 which was part of Lieutenant Wilber’s section, Reynolds Battery L, First New York Light Artillery, assigned to the First Corp Artillery Brigade, under the command of Col. Charles S Wainwright.

Muzzle #1 was manufactured by the Phoenix Iron Company, in Phoenixville, Pennsylvania, in the fall of 1861 under the US Ordnance Contract of July 24, 1861. It was delivered to the government in November and issued from the Washington Arsenal to Reynolds Battery at Camp Barry.

In May of 1862, the battery was sent to join General Banks in the Shenandoah Valley. It was first assigned to General Saxton, then to General Sigel, and finally to General McDowell. At Cedar Mountain, the piece was under fire, even though it was in reserve. The first engagement was at Rappahannock Station, where two artillerymen were wounded. The piece was then engaged at White Sulphur Springs, Gainesville (Groveton) and the Second Bull Run. In the latter engagement, the battery bore a prominent part. There were a number of men wounded and eight horses killed. At Second Bull Run, it was assigned to a position with a regular battery and another Volunteer battery; both were on Battery L’s immediate right. Owing to the severe firing from the Rebels, the other batteries withdrew. Battery L retained its position, returning the sharp fire of the Rebel’s artillery. The battery also repulsed a charge of infantry by a rapid discharge of canister, retaining the position until near sunset, until ordered to withdrawal. After Second Bull Run, the battery was ordered to Centreville, Chantilly, and Washington. It participated with the First Corps, under General Hooker, at Antietam, South Mountain, Fredericksburg, Chancellorsville. It remained with and took part in all the battles of the corps, and the memorable march from Virginia to the bloody field at Gettysburg. 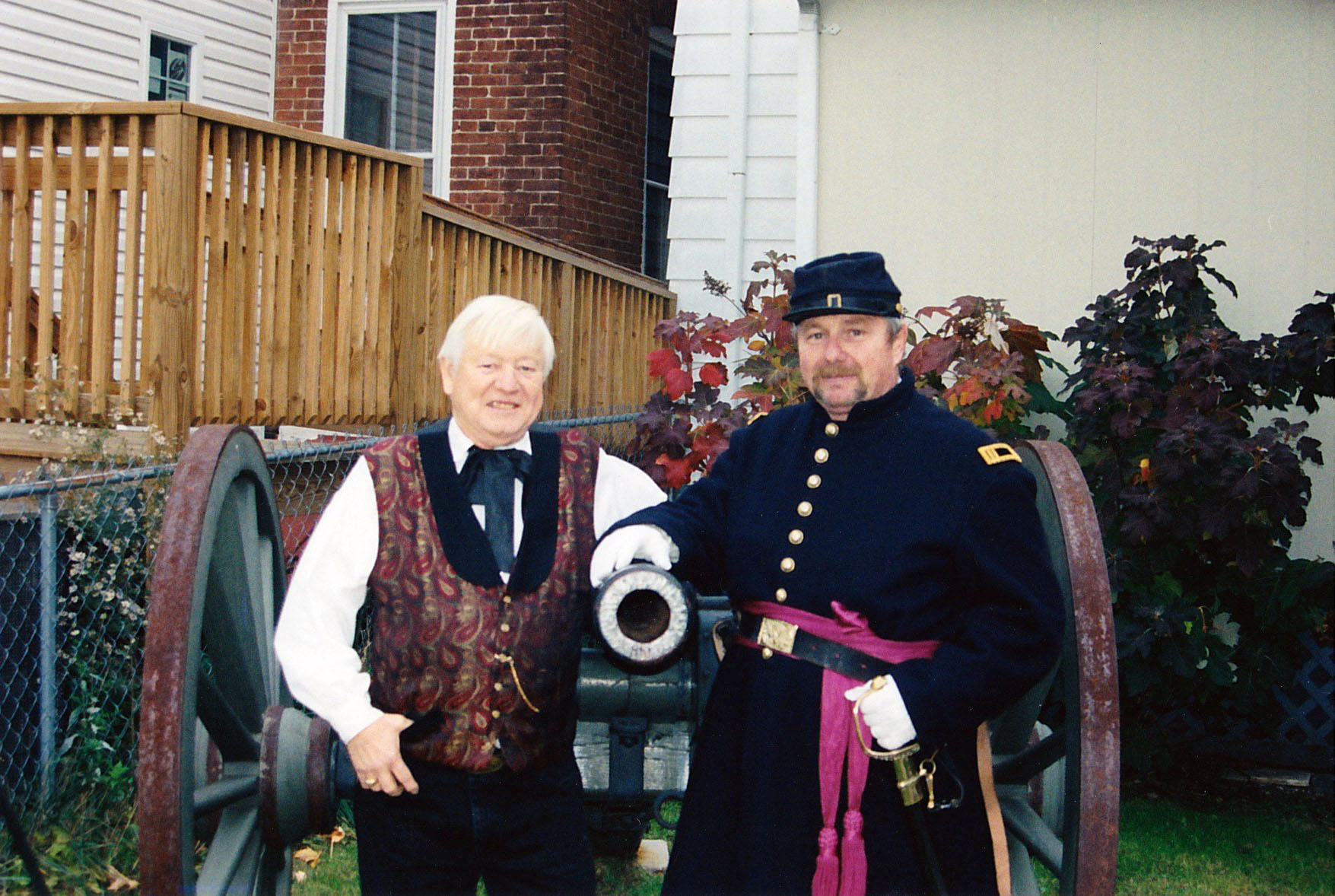 It was around 3:00 p.m. in the afternoon on July 1, 1863 when Captain Gilbert H. Reynolds, of /Battery L, First New York Light Artillery was directed by Colonel Charles S. Wainwright, 1st Corp Chief of Artillery, to take position between the town and the seminary. The six 3-inch rifled guns were then moved closer. The action was too hot in this location, rebel cannon swept their position with a deadly crossfire from the right. Captain Reynolds was wounded in the side and lost one eye. Lieutenant George Breck took over command of the battery. The rebel infantry came storming in on the battery’s left, while the Union infantry masked the Rebel’s fire. For a short time the battery opened fire again. Under terrible shellfire and a hail of bullets, their infantry support melted away, leaving the guns exposed to the full weight of the attack. Their guns were quickly limbered to pull out fast. However ahead, the Chambersburg Pike was jammed with a mass of retreating foot troops. The battery was forced to move at an agonizing walk. Close behind it came the Rebel yells, while bullets whistled past. At last the pike was emptied and clear. The infantry has swung off it to take cover in the railroad cut, a ready-made trench. Lieutenant Breck’s signal came to move out too late. Lead was thudding into the carriages and the bodies of the horses at the Battery’s rear. One of the horses of Lieutenant Wilber’s last piece was shot down. The driver cut the horse from his harness. Then three more of the team collapsed, rushing about in a welter of blood and tangled harness. In the mayhem, Lieutenant Wilbur’s mount was also killed. There was no saving the gun now; the battery had to let it go.

General Henry J. Hunt, the Chief of Artillery, Army of the Potomac, speaking of this engagement, said,”There were occasions when a gun could be lost with honor, and Battery L’s loss after it’s gallant stand was such an instance.”

From this point on the gun was used by the Confederates, until it’s recapture the following spring at Spotsylvania Court House, and recognized by its muzzle number.

Later, after the Great Battle, Colonel Charles S. Wainwright wrote in his journal of the loss of the gun, “… the gun was abandoned. I was terribly grieved when I heard of it, for I had begun to look upon our getting off from that place as quite a feat, and wish that it could have been without loss of a gun. The more I think of it the more I wonder that we got off at all. Our front fire must have shaken the Rebel lines badly or they would have been upon us. The gun lost was no. 1, the first three-inch gun accepted by the ordnance department.”

For mail order questions, drop us a line at rqmmailorder@aol.com

For general inquiries, please email us at regtqm@aol.com